Telegram is based on a custom data protocol called MTProto built Nikolai Durov, a mathematician. The app’s secret chats, a separate feature from its ordinary chats, use end-to-end encryption. They cannot be forwarded and can be set to self-destruct after a certain amount of time. One key difference between Telegram’s secret and ordinary chats is that secret chats are not stored in the app’s cloud, which means you can only access messages from their device of origin.

“The first thing that we wanted to make clear is that nobody has to trust anybody. We don’t take people’s trust for Telegram for granted,” says Pavel Durov.

Durov says there are currently about 100,000 daily active users and he hopes users and developers will take advantage of Telegram’s open API and protocol.

That way, Durov explains, “we will be able to invite everyone to review the messaging algorithm that we use on Telegram and inspect the source code of the app. We can earn trust from them, that end-to-end encryption is something that can be done on the client side. This way, any interested person can check that the app does exactly what it claims to and doesn’t send information to other sources or does anything else that is insecure.”
Telegram’s founders say the app will remain non-profit because that enables them to avoid commercial and legal pressure. If they eventually need funds to scale up, Telegram will ask for donations from users or make additional services available as in-app purchases. These could include a virtual number that can be used instead of a real mobile number, ensuring more confidentiality.

Nikolai Durov oversaw the scaling up of VK’s platform as it grew to 50 million daily unique users over seven years. Pavel says the lessons the brothers learned during VK’s development means they will be able to make sure Telegram remains secure even if its user base rapidly expands.

In December Telegram was downloaded over 100,000 times in one day by users in the Middle East, compared to its usual average of 2,000 downloads per day. Based on Twitter chatter, the Telegram team figured out that English-speaking users in the region were downloading the app because they were interested in its group and media sharing capabilities. Unlike WhatsApp, which limits group chats to 50 members, Telegram currently allows up to 100 members.

The Telegram instant messaging app continues to be a front-runner when it comes to WhatsApp alternatives. If you recently decided to ditch WhatsApp for Telegram, NextPit has got your back with this ultimate guide that boasts tips and hidden features to help you master Telegram and optimize your user experience.

Telegram uses your smartphone’s phone number as your messenger ID. You can share documents and media files with other Telegram users. Messages and media can be set to “self-destruct” (delete) after they’ve been viewed by the recipient. An “unsend” function lets you delete a message within 48 hours after you’ve sent it.

The Telegram appis available for Android, iOS (iPad, iPhone), Linux, macOS and Windows. It also has a website version that you can use through most browsers.

Concerns about the security of Telegram were raised not long after its release.

By default, the app doesn’t encrypt end-to-end communications (e.g., between your phone and the person’s phone you are chatting with). You have to manually enable this feature, called Secret Chat. Otherwise, your chats will be saved on Telegram’s servers, which are in various locations throughout the world. The communication between the client (i.e., your phone or other device) and Telegram’s servers is encrypted, and your chat data stored on these servers is encrypted, supposedly.

The Telegram developers emphasize this is so that you can recover your chats should you lose your phone or other device. But why is letting your chat data be stored on their servers not offered as an opt-in, and encrypted end-to-end chatting not set as the default? Keeping your chat data stored on these servers has to be an expense for their non-profit company.

(The Telegram website has available for download the purported source code for the desktop and mobile app versions of Telegram. The Telegram developers say this code allows researchers to evaluate the messenger’s encryption protocol.)

Telegram is a combined content distribution platform and messaging app. The platform is free to use, and offers end-to-end encryption for messages for enhanced security and privacy. Telegram reports that it has more than 500 million monthly active users, a number which has likely grown since the invasion began. It was founded in 2013 by Nikolai and Pavel Durov, brothers who fled Russia years ago, and has since become Russia’s most popular messaging tool.

With Russians receiving censored news and Ukrainians under attack or fleeing the country, Mr. Goel said it was imperative that The Times participate in one of the only platforms still widely accessible.

After Mr. Goel got the idea, it took just one week for The Times to post for the first time on @NYTimes, a Telegram channel that delivers reporting, eyewitness accounts, interviews and breaking news about the war in Ukraine to users around the world. Often, the content is pulled from The Times’s live blog on the war. “It was one of the fastest-moving ideas I’ve seen in 10 years at The Times,” Ms. Koirala said.

Telegram’s signature feature is its end-to-end encryption, but it’s important to be aware that not all communication within Telegram has this level of privacy. Most messages use client-to-server encryption, which is less secure than end-to-end, but allows you to access your Telegram chats from other devices, including the web.

For true end-to-end encryption, you need to use Telegram’s Secret Chat feature. These secret chats offer substantially more robust security, but are only accessible from the device you originated the message on.

Telegram’s privacy and security is considered trustworthy in part because the service’s API is open-source and available for evaluation and integration by any developer. 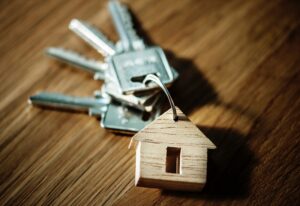 The strength or rigidity of the printed circuit board comes from the core and the substrate. The materials of substrate...

Introduction VPN iTop is a great way to keep your computer secure. VPN iTop encrypts your traffic and keeps your...

Like many other group features in messaging apps, Telegram groups are used to gather multiple accounts into a single chat...

In this continually changing IT landscape, the clients' expectations of a company are to be always active. Both small and...

Introduction What if you want a solution to technical and precise responses? Then be able to solve quickly using a...

Using Custom Employee ID Badges is a smart investment for any company. A well-designed and branded employee ID badge can help your...